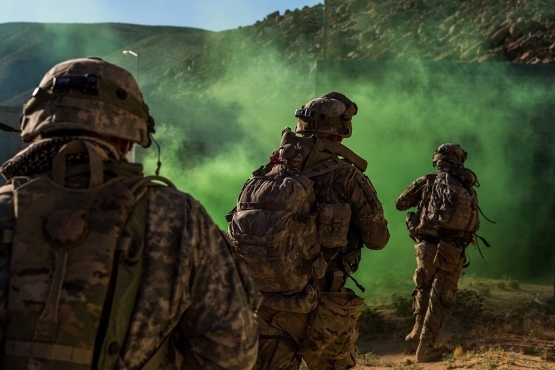 The Army broke ground Thursday on a new institute that will serve as the base for human performance research at the soldier and squad level.

The Soldier and Squad Performance Research Institute will be located at Natick Soldier Systems Center in Natick, Massachusetts. The center has long been the epicenter for advanced science on soldier gear, clothing, chow, tents, individual warfighting equipment, injury prevention, nutrition needs and more.

But the S2PRINT facility, expected to be completed in the next three years, is expected to be a one-stop shop for measuring, predicting and optimizing individual soldier readiness, performance and resiliency, according to an Army statement.

The institute to be housed in the 80,600-square-foot building was first announced in 2018. Army Times reported then that it was going to be a baseline effort that would “develop validated performance and training strategies” for soldiers and squad.
Studies at the future center, which is expected to be operational by 2023, will include several “operationally relevant laboratories” to help researchers create those baselines measurements to then predict and optimize performance.

That work will be used in developing and prototyping gear and new technologies as it connects to the soldier and squad.

That came from the MASTR-E pilot program, begun at Natick, to better understand internal factors and stressors that might affect the performance of individual soldiers and how to best monitor their reactions.
Earlier this year, Army Times toured the newly opened Soldier Integration Facility at Program Executive Office-Soldier at Fort Belvoir, Virginia. The SIF serves as a kind of workshop for gear prototypes coming from industry providers or from concepts developed through Natick.

The combined facilities are expected to centralize and make uniform all of the various efforts to improve everything from boots to weapons to augmented reality used by small units in close combat.