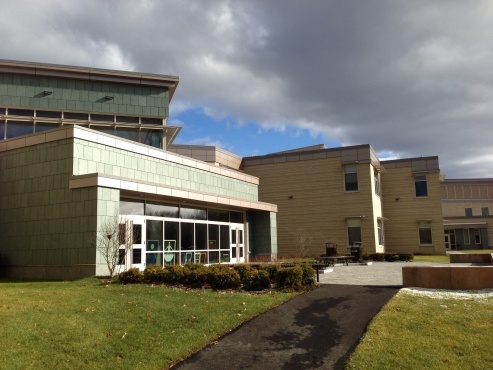 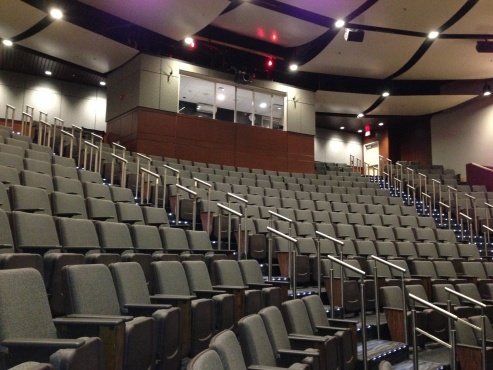 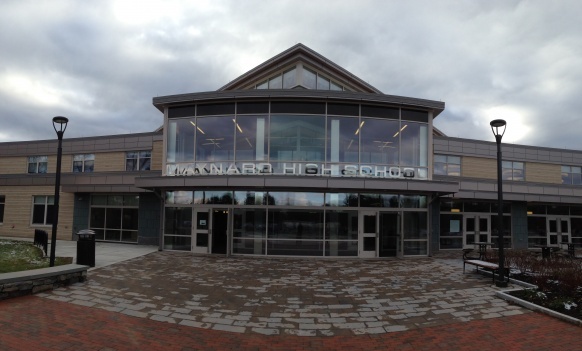 CTA Construction celebrated at the ribbon cutting ceremony of the new 121,000 sf. Maynard High School today. The new two-story building was designed to integrate into the educational complex of three other Maynard School buildings. It was constructed in stages, and now comprises of four wings – Wing A houses the gymnasium, locker rooms and classrooms; Wing B, administrative offices and classrooms; Wing C, auditorium, cafeteria, kitchen and academic classrooms, and Wing D contains mechanical rooms. The building also features a radio/TV station that is integral to the school curriculum. The gymnasium and auditorium are designed with the intention to be accessible to the community after school hours, when the remainder of the building is secured. CTA Construction continued with the second phase of the project after the new building was erected. The existing school was demolished and replaced by new athletic practice fields. Extensive site improvement work brought the project into full completion. The project is a participant in the Massachusetts Collaborative for High Performance Schools (MA-CHPS), which would be the equivalent of a silver LEED (Leadership in Energy and Environmental Design) building. CTA Construction collaborated with both project designer Tappé Architects, and owner’s project manager, Municipal Building Consultants, Inc.

CTA Construction Co, Inc. is an award-winning construction management and general contracting firm with a history of excellence in building academic, residential, commercial, civic, retail, and hospitality facilities. Based in Waltham, Massachusetts, CTA Construction's portfolio includes construction projects valued at over $850 million. As a leader in green building, the construction firm has helped numerous clients build sustainably and meet LEED and MA-CHPS standards.